The Sims 2 is a singleplayer bird's-eye view life sim game in the The Sims series.

SafeDisc retail DRM does not work on Windows Vista and later (see above for affected versions).
The Windows version is no longer sold digitally.
All Origin versions are automatically upgraded to The Sims 2 Ultimate Collection. Contact the EA Support for retail versions.[3]
The Ultimate Collection has been pulled from the Origin store in August 2014.
The Ultimate Collection from Origin no longer uses SecuROM DRM.[4] However, it still requires Origin running to play.
Multiple faithful, higher quality icons can be found on SteamGridDB.

List of all different versions and regions can be found on Wikipedia. 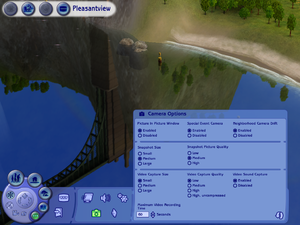 Retail versions of the game require patching and installing expansion packs/stuff packs in the correct order which can be found here. The Sims 2 Ultimate Collection on Origin is already updated to the last patch.
Although the game's patch site has now gone down, many patches are available from here or here. Patch notes can be found here.

Updates the game configuration files to make sure the game recognizes processor, graphics card and screen resolution while improving performance. This tool solves the most common issues that occur on newer systems, such as graphics settings being inaccessible or not getting applied on newer GPUs, as well as black square Sim shadows. 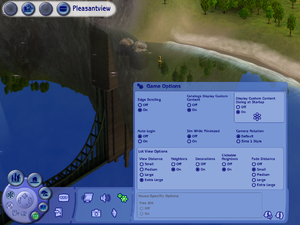 <path-to-game> changes according to what expansions are installed. For example, the path of Ultimate Collection or all expansions would be ...\Fun with Pets\SP9\.... 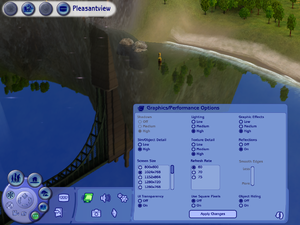 Each of the game's cameras can have their FOV set independently using the FOV parameter in their camera settings files, which are located in %USERPROFILE%\Documents\EA Games\The Sims 2\Cameras\.

The Sims 2 cannot determine how much VRAM modern GPUs have. As a result, it defaults to its failsafe, which is 32 MB, and prevents edge smoothing. If the Graphics Rules Maker does not fix it, edit the config file manually.

Alt-tabbing may not work properly during the game's loading screens. 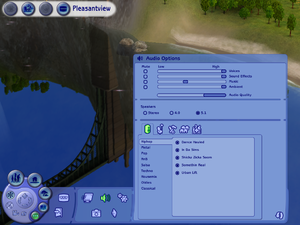 Use the Graphics Rules Maker or edit the config manually as follows.

If using this manual fix, the Enable Sim Shadows fix on Graphics Rules Maker will not work.

The retail release of the game might show an error message when loaded. Patching the game or installing the expansion packs will correct this.[citation needed]

Attempting to install via AutoRun.exe returns an error message: "This app has been blocked for your protection; An administrator has blocked you from running this app"

Newer versions of the Radeon Adrenalin driver software cause this issue.

This issue might occur for certain AMD GPUs on Windows 10. In particular HBCC for AMD Vega GPUs.

The problem might also occur if the monitor does not support 60 Hz.

The Sims 2 was made before the release of multi-core CPUs. It may have issues loading on startup on newer CPUs with multiple cores and hyperthreading.

Periodically, a sim may become trapped or a special object may be placed in a bad location, preventing a sim from doing anything. In other cases, a normal object may be improperly tagged as "in use" and cannot be moved, sold, or manipulated.
Use this cheat carefully. Some objects like the mail box cannot be replaced once deleted.

"More..." button does not work in conversations[edit]

This issue is caused by using a mouse when playing on a laptop with a touchpad.

If playing on a desktop PC, it is solved by pressing Tab ↹ when selecting options in the pie menu.

Intermittent sluggishness when moving the camera[edit]

The game might seem like it "lags" or it is otherwise not smooth when the camera moves while the game is running above 60 FPS.

The Sims 2 attracted a large modding community, allowing further customization features. Unfortunately, even properly designed mods could increase the chances of crashes and errors in the game. Mods have a major impact on loading time and stability, and should be used with discretion if issues arise.

These tools were created by Maxis and formerly hosted on the game's official website.

The Sims 2 and the BodyShop Demo should not be installed on the same machine at the same time. Existing save games may corrupt and other issues may arise.

When the Seasons (or later) Expansion Pack is installed, T&L incompatible graphics chips can be used;[17] however it requires a minimum CPU speed of 2.4 GHz.