Support for 32-bit Windows systems, as well as OpenGL support in macOS (OS X) was retired on November 12, 2019[1]
A special Legacy Edition has been made available for users of affected systems. It can be freely downloaded using the Origin client.
Built-in modding support.

All versions require Origin DRM.
A Sims 4 Create A Sim Demo is available.

List of all different versions and regions can be found on Wikipedia.
Legacy Edition has disabled online features and does not support any downloadable content released after September 2019.[2] 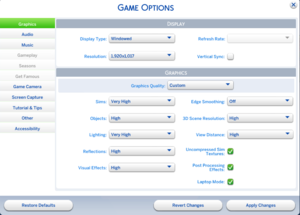 UI scale can be changed under the accessibility options. 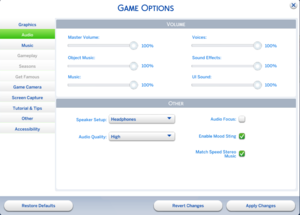 RivaTuner OSD does not display on Windows 10[edit]

The game will minimize a few seconds after a black screen appears, any subsequent attempts to restore it will lead to the same problem.
The issue appears to happen when the game resolution mismatches the desktop resolution.