Not to be confused with Saboteur!.

The Saboteur is a third-person action-adventure game taking place in the setting of World War II's Paris, France, as it is occupied by the Nazis. The actual events and situations have been altered in the name of game play and the ability to tell a single, if wide-ranging, story within this volatile setting.

The gameplay itself is a mix of third-person melee and ranged combat and various driving tasks, as presented in the Grand Theft Auto series beginning in its 3D era; and climbing, parkour and assassinations as in the Assassin's Creed series. As the title implies, sabotage of the Nazis' various materiel also takes place, usually of the explosive variety.

This was to be the last title of the developer Pandemic Studios - the publisher EA, as they have done with other studios over the years, closed Pandemic after the title was released.

This game's released state was quite buggy, with issues preventing proper display and game play, including crashes relating to CPU core affinity as well as improper map display at high resolutions (above 720p). GOG has released a version which addresses these and other issues.

This patch updates Origin version of The Saboteur to GOG version. Patch only affects game's main executable. Download it here.
With this patch you'll get all the GOG fixes for your Origin release of The Saboteur: fixes for multi-core and map issues, plus enabled LAA.

The latest version for retail release is Patch 1.03b.
This patch may slightly improve any performance issues on ATI/AMD cards. GOG and Origin versions are already patched.

Allows the game to use more than 2 GB of RAM (already enabled in the GOG.com version, you do not have to patch it). 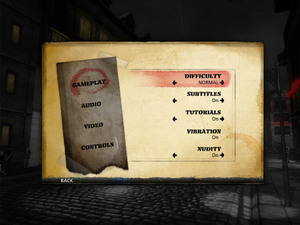 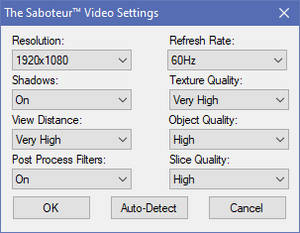 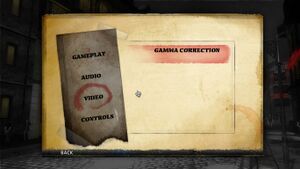 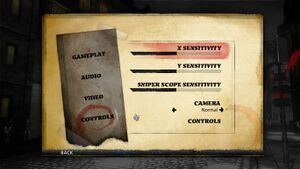 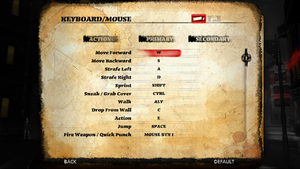 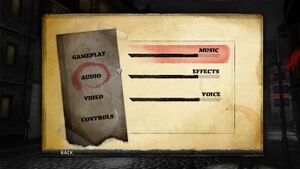 Bridges can not be blown up

When blowing up bridges, the cutscene showing the explosion is not played and the bridge remains intact. Despite this, it is listed in the statistics as destroyed.

Fixed in the GOG.com release.

Fixed in the GOG.com release.

If the refresh rate is set higher than 60 Hz, the resolution will always default back to the lowest settings

"The Saboteur is unable to continue due to an error initializing your graphics hardware."

Game freezes when opening certain messages from other characters