Online services were shut down in November 2018.[1]
Includes the Ferrari 458 Italia from the PlayStation 3 release, but is missing the Spyker C8 Aileron Coupé, which remains an Xbox 360 exclusive.

An unofficial launcher that allows the game to boot post server shutdown.

A community patch has been made to fix some of the game issues which left out in the latest patch.

In order to install mods as well as the patch, the game must be unpacked first. Download available on 15/07/2020

The game launcher does not allow the game to start in offline mode without workarounds.: 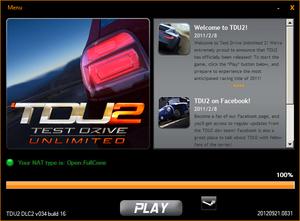 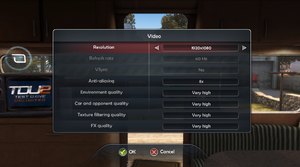 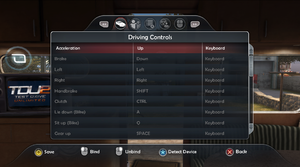 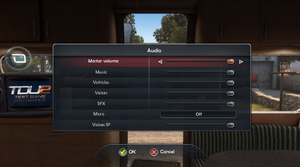 TDU World is the first server project created and was made public in February 6, 2021. It is also currently the most known server. TDU World currently only has free-ride and instant challenges working, but a major update was promised to be released in the future.

TDUniverse is another server project created by the former developers of TDU World. The project aims to bring more features online, and more reliably compared to the other projects. TDUniverse currently has Freeride, Instant Challenges, Races and Clubs working.

Caused by User Account Control (UAC) preventing the game from installing in the default location.

Caused by Windows preventing the game from accessing the default install location.

Caused by an outdated launcher database, missing serial key, and/or conflicts with third-party software like the RivaTuner Statistics Server. 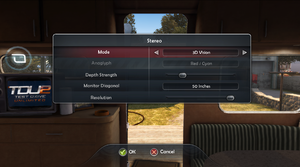