dgVoodoo 2 is a graphics wrapper that converts old graphics APIs to Direct3D 11 or Direct3D 12 (as of version 2.7) for use on Windows 7/8/10.
Fixes many compatibility and rendering issues when running old games on modern systems as well as enabling the usage of various overrides and enhancements.
Enables the use of third-party tools, such as ReShade, to enhance or improve the gaming experience.

If there is no dgVoodoo configuration file in the same folder as the game executable, dgVoodoo will use global settings.

DirectX 9 support has been added in version 2.6 and is still very early in development compared to DirectX 2-8.

Napalm should only be used for Glide 3 games where the regular Glide 3 library is too slow.

The QEmu versions of the Glide libraries are intended for usage only with the 64-bit QEmu multiplatform virtualization tool. 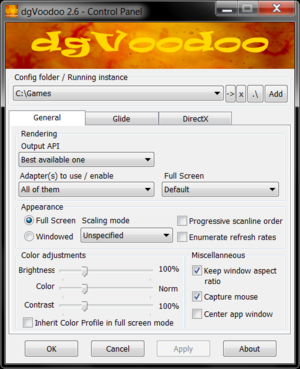 The resolution and anti-aliasing options are relevant to both Glide and DirectX. 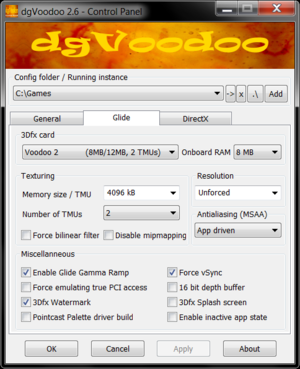 This option allows for the selection of 3D accelerated cards that use the Glide rendering API.
Some applications and games may need an older card model or older Glide versions, due to the advancements of Voodoo 3Dfx technology made over time.
The different video cards also presents bias to games which may lock particular rendering capabilities and properties to certain 3Dfx cards and versions of Glide. 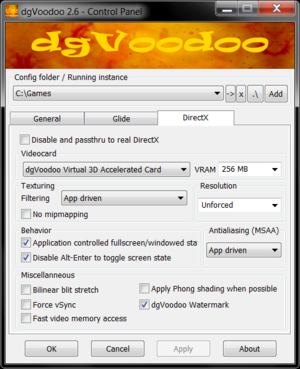 Disable and passthru to real DirectX[edit]

If dgVoodoo is not needed anymore or just temporarily, without removing dgVoodoo's DLLs this option will disable dgVoodoo's DirectX wrapper.

This option allows for the selection of internal virtual 2D (SVGA) and 3D accelerated cards.
The other four non-dgVoodoo card types give specific emulated ATI/nVidia/Matrox driver versions and capabilities.
The different video cards also presents bias to games which lock particular rendering capabilities and properties to owners of a real ATI, nVidia or Matrox card.


The virtual SVGA card exposes only software capable rendering (2D rendering) to the application. All other virtual video cards have full hardware acceleration and capabilities, including 'Transform & Light'.
However, the only full D3D9 compatible card is the Internal 3D Accelerated card.

The amount of emulated video memory of the selected video card can be changed with this option.
Be careful though, DirectX 7 and older applications can fail to launch if the emulated VRAM is set higher than 256 MB.
Some games may require more VRAM to render textures at higher resolutions. There are also other advantages to increasing the VRAM.

Mipmapping can be disabled with the "No mipmapping" option below the filtering settings.

GeneralExt, GlideExt, DirectXExt and Debug are all hidden. Right-click on the dgVoodoo banner and tick "Show all sections of the configuration".
Not recommended for usage by inexperienced users. A lot of the options are experimental or unstable for normal usage. 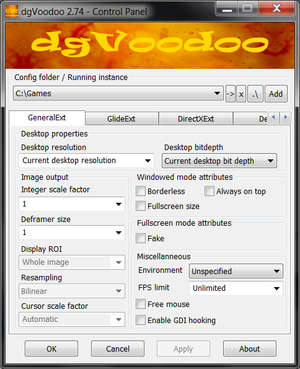 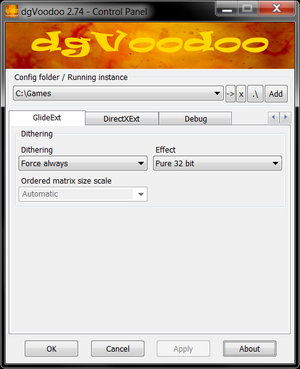 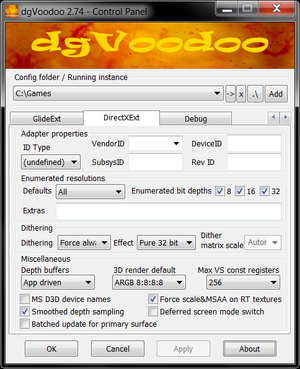 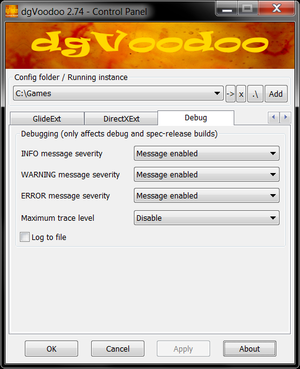 These options only affect debug and spec-release builds of dgVoodoo
There exists a Log to file option, but it is currently unimplemented. 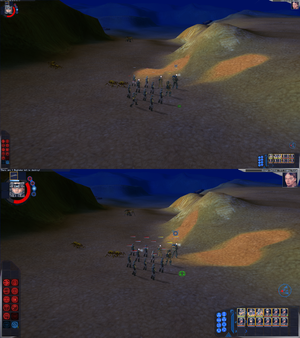 Many games don't scale their interface and HUD which end up being very small or even unusable on high resolutions. By instead forcing high resolution using dgVoodoo, this problem can be fixed in many games.
Some games will have mouse and/or rendering issues when resolution is being forced.