Shadowrun Returns is a singleplayer bird's-eye view and isometric Tactical RPG game in the Shadowrun series. 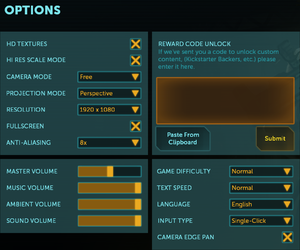 The issue happens since there is a bug in Unity which crashes the game when started in fullscreen. In order to avoid the crash, the game needs to start in windowed mode.

If the game does not start at all, and instead shows the error message:

some have found out that deleting or renaming the UNCL.ttf file in the C:\Windows\Fonts\ folder fixed it. This seems to affect/apply to other Unity games too[1].

Transfer save game between Steam and other versions