Not to be confused with The Rage.

Use id5 Tweaker to change advanced settings and optimize performance.
Achievements are disabled in the 64-bit version
Texture streaming is an issue even on new systems.[citation needed]
Rage runs from RAM Disk without problems.

RAGE: Campaign Edition is OS X release of the game, it includes the Anarchy Edition and Wasteland Sewer Missions DLC. Multiplayer is not included.

The texture cache folder is not made by the game, so you need to create it manually.
This can fix stuttering in the game.

Available as a pre-order bonus or as part of the Campaign Edition, it can also be unlocked manually

Rage uses very highly compressed texture data as part of its MegaTexture technology engine.[2] Users with a fast Nvidia video card can benefit from CUDA transcoding which will offload the decompressing task to the video card rather than the CPU. Users with 4 or more processor cores instead can benefit from extra CPU transcoding by disabling this feature and thus giving all available video card time to rendering the game.

Saves for the 64-bit executable are stored in <path-to-game>\SAVES\base\savegame\
Save game data location can be changed via +fs_savepath launch option
The texture cache (fs_cachepath) is stored in %LOCALAPPDATA%\id Software\Rage\
Game has 14 manual save slots + 1 autosave slot. 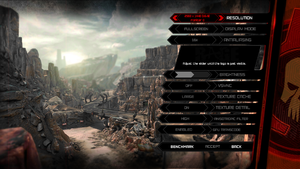 Single player and multiplayer FOV settings must be set separately. 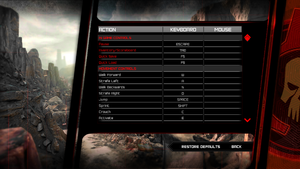 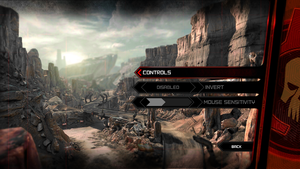 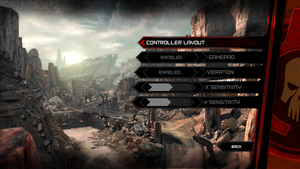 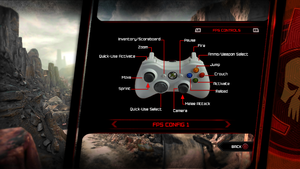 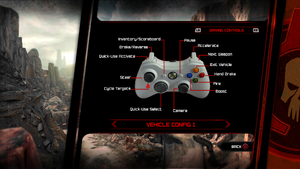 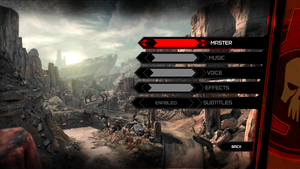 An unsolved audio issue causes audio to cut out, or not play at all. Dialogue will be cut short, footsteps will not be in sync or even cut out completely, and vehicle sounds fails to play correctly. No fix has been found yet.

Running RAGE on some systems will cause regular crashes, and this issue remains unfixed.[10]
Using third-party drivers does not fix the issue.[11]

Low frame rate in 32-bit version, even at main menu.

No mouse support at all