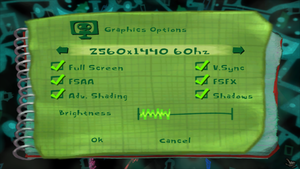 FPS over 120 may significantly affect physics; doors may open slower, trampolines are less effective, and Raz may not grab onto poles or dismount ladders without issue.[5][6] Capping framerate can help issues. 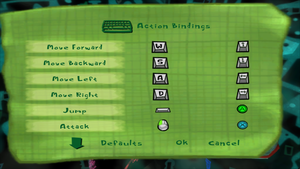 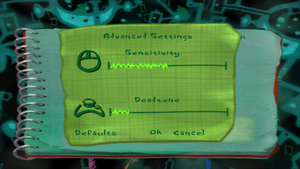 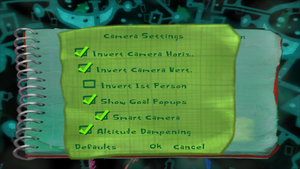 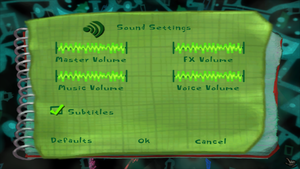 Smart camera option does not work[edit]

The smart (automatic) camera stays on, even if you disable it in the game options or through the game's configuration files.[7]

Upscales the UI textures for HD.
Upscales the FMVs to 1080p or 4K, increasing the file size by 5 GB or 26 GB respectively.[11]
Requires the widescreen patch in general while the texture portion is handled by uMod.
While the dialog portraits were originally just renders of the ingame models, this mod upscales them to look more painterly.
Features an optional texture pack for replacing Xbox Prompts with PlayStation ones.
Said PlayStation Prompts pack only replaces the face buttons, for a more complete (but lower resolution) option see Dualshock 4 Button Prompts mod
As of now the AI upscaled Lungfishopolis intro cutscene accidentally lacks audio.