Free demo is available here (German site, but the demo is in English).
All versions except GOG.com require one-time activation. Each serial key can activate M&B twice in a 60-day period. The game may need to be re-authenticated if your computer hardware changes. If the game is not authenticated it will play in demo mode with game time limited to 30 game days. If the computer with the game does not have internet access, M&B can be manually authenticated.

The latest patch is Version 1.172. Online play requires using the latest version. The Steam version already has this patch.

This only works for the Windows version.

Extract mods to the Modules folder, then select the mod from the drop down menu in the launcher.

To increase the limit of how many troops can be on screen at once, download. Battle Size Changer. It increases the limit to anywhere from 150 to 1000. It is best to stay below 300, as higher values may cause performance issues.

Floris Modpack is a comprehensive modpack containing lots of mods which improve the game in almost every way.

This game does not follow the XDG Base Directory Specification on Linux.
Product keys are stored in HKEY_CURRENT_USER\Software\MountAndBladeWarbandKeys on Windows. 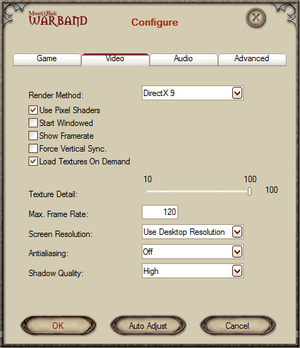 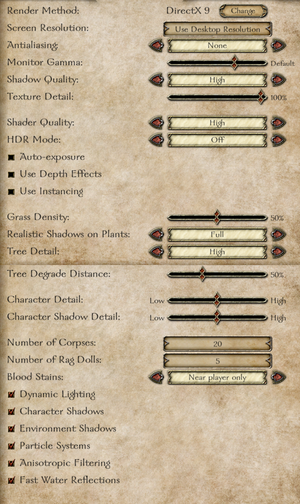