Destiny 2 (also known in Korea as Destiny: Guardians) is an online multiplayer FPS game developed and published by Bungie. Its predecessor Destiny was a console release in 2014, but a port of the game never released on PC.

Destiny 2 was first released on October 24, 2017 on Windows exclusively to Battle.net, making it the first non-Blizzard Entertainment title to be distributed via the platform.[2] On January 2019, Bungie and Activision cancelled their publishing agreement, leaving Bungie as the game's publisher for the PC version. On October 1, 2019, Destiny 2 was removed from Battle.net and then released on Steam.[3] The relaunch saw over 214,000 concurrent users playing the game on Steam.[4]

Players are able to migrate their progress from Battle.net to Steam using Bungie's transfer service. Furthermore, Destiny 2 base game was branded Destiny 2: New Light and made into a free-to-play game, which contains elements from previous 'paid-for' expansion packs: story campaign of Curse of Osiris, Warmind, and elements of Forsaken. Expansion packs Shadowkeep and Forsaken are offered as additionally purchaseable content. Account data can be transferred from other platforms using Bungie's Cross Save tool, however DLC and Silver cannot be transferred between platforms.[5]

Destiny 2's Bright Engram loot boxes were purchasable using currency Silver, but were removed from the store on March 10, 2020,[6] however they can still be earned as part of the Season Pass which is a real money purchase.

As of May 2020, Destiny 2 is in active development and received content updates such as Season of the Worthy[7] which released March 10, 2020. The game is one of the most popular on Steam as of April 2020, with an average daily peak of 82,517 players.[8] Bungie has expressed an interest in implementing cross-platform play,[9] and confirmed they plan to enable the feature by season 15, which is slated to launch in fall 2021[10]

All versions require a constant internet connection for all game modes.
Cross-progression is supported for Steam, Stadia, Xbox Series X/S, Xbox One, Microsoft Store, PS5, PS4. However, Xbox Series X/S, Xbox One and Microsoft Store also supports single account cross-progression. Same goes with PS5 and PS4.
Gear you've earned from expansions still carries over between platforms, regardless of if you own the expansion on whatever platform you're playing on.
Season pass transfers across accounts, as do any seasonal rewards. If you buy the season pass once, you'll have access to it everywhere. The only exception is Destiny 2: The Collection on Stadia. This version includes the season pass for Seasons 9-12 by default, and you can't transfer it to other platforms.
Cross-platform play is supported.
You can't merge two accounts. If you have two different characters on Xbox and Steam, for example, you can't combine them into a single account.
Silver is only available on the platform you purchase it on. If you refund Silver on one platform to buy it on another, you won't be able to use cross-save until you re-buy the Silver on your main platform.

Destiny 2's Bright Engram loot boxes were purchaseable using currency Silver, but were removed from the store on March 10, 2020,[6] however they can still be earned as part of the Season Pass which is a real money purchase, or earned by maxing out the free pass, and levels after that.
Bungie received criticism for turning the cosmetic Shader from the original Destiny, into a single-use consumable. Shaders are a reward from the Bright Engram loot box or are earnable from in-game Engrams (standard loot).[14] As of Beyond Light however Shaders are now unlockable rather than consumable, and are shared among a player's characters using the wardrobe system. 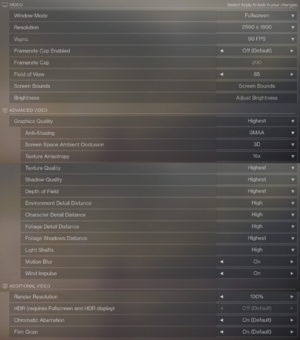 How to set your HDR settings correctly[edit] 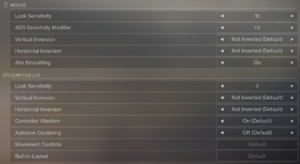