The Crysis 3 CVar Configurator is an official tool that allows adjusting the field of view, disabling mouse acceleration and smoothing, and enabling borderless fullscreen windowed mode.

All versions require Origin DRM. SecuROM v8.13.0043 DRM was removed on March 14, 2021.[1]
The original SecuROM DRM was accompanied by custom DRM code which could sabotage the game by rendering the final boss undefeatable. 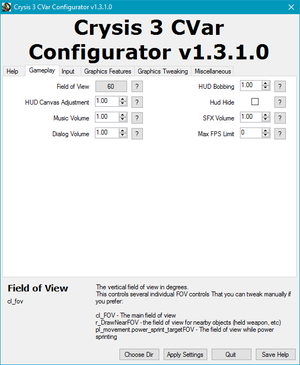 MaLDo OnTheFly utility lets you change the graphics options within the game just by pressing a key, switch HUD on and off, change FOV and more from within the game.
Unofficial tool, which may result in multiplayer ban.[2] 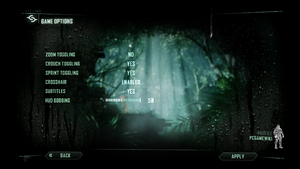 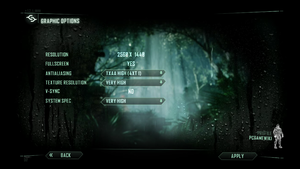 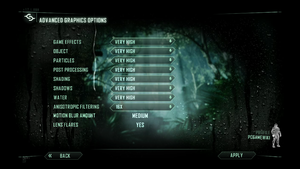 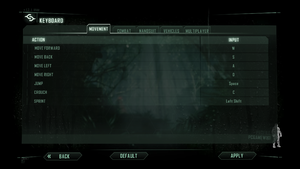 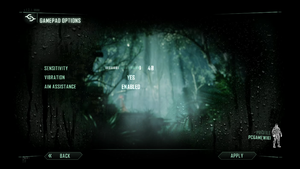 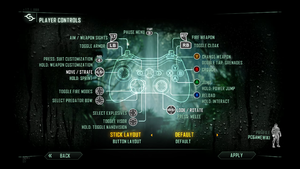 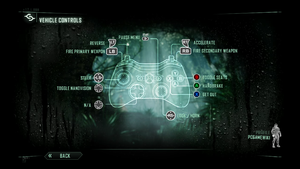 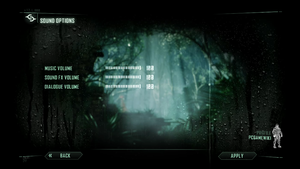 Games based on CryEngine may have observable decreased in performance with AMD GPUs on Windows 10 compared to Windows 7.[8]
Since the version 2004 of Windows 10, timer resolution can't be changed system-wide, thus the workaround below may not work, refer here.
Vega series GPUs may perform worse than the RX series GPUs on Windows 10 in CryEngine games, in comparison to Windows 7.[9] This is likely a driver issue, however. So updating graphics driver may fix the issue.

Hacking finishes with no result

There is a problem with in-game hacking mechanics, where successful hacking will end in no expected result. Example: hacking tutorial will not end; door will not open shortly after single player campaign starts.

Frame rate capped at 100 or 64 FPS, even with vertical sync disabled

Updates to Windows 10 have resulted in incompatibility with older CryEngine games, which may result in a capped frame rate. Windows 7 is also affected, but only in menus (eg. pause menu). Enabling NULL appears to have no effect under Windows 7.[12]

Fixes are available for the following language versions:

To unpack and edit the .pak files, use this tool. Drag the .pak file onto the tool's dec.exe and it will convert it into a zip-file.