May require the Nvidia PhysX Legacy System Software to prevent a crash at launch.

Requires the Ageia Physx PPU1 or PPU2 with Ageia driver 7.11.13 to correctly operate the game. It is not intended to be played with NVidia Physx.

Patch 1.35 updates the game to the latest version. Mirror. 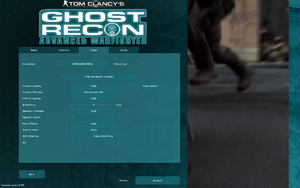 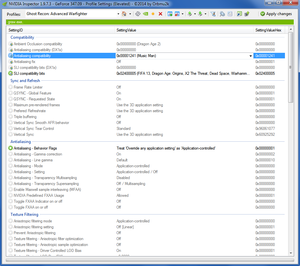 With Nvidia graphics cards, true Antialiasing can be forcibly enabled via Nvidia Profile Inspector with the Antialiasing compatibility bit 0x00001241.[4] 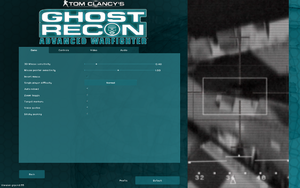 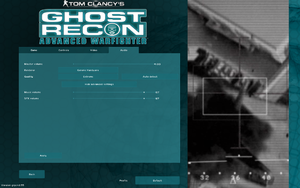 Visual glitches when looking through scopes[edit]

When looking through scopes with patch 1.35 installed, many objects may appear black.

In the Steam version you will start falling through the terrain; this becomes an issue in mission 5 "Mayday! Mayday!" if you go too far north, and in Mission 6, "Ready for bear", which happens before you exit the APC.

In the Steam version, the middle mouse button does not seem to function as it should, i.e. make your soldiers execute a command. To fix the problem, you need to edit a file called ctrl_set_def.xml. However, while this fix will allow you to open the menu, you will only be able to issue move commands. You cannot order your squad to attack, follow or stop. There is no known fix at this time.

The retail version of GRAW is still looking for the GameSpy servers on startup but naturally won't get any response. This lookup causes a temporary freeze, about 20 seconds long. You can prevent this by editing the Windows hosts file.