Buggy PC port. Large amount of game breaking bugs and glitches when run at anything above 30 FPS.
Minor bugs and glitches occur in in-game cut-scenes, even with a locked 30 FPS.
Audio issues for certain devices, such as Bluetooth headphones.

A demo is available.
A faithful higher resolution desktop icon can be found on the community site.

Play without needing to mount CD[edit]

Play the game without needing the CD mounted by changing the byte at Offset 0x00116460 in SpideyPC.exe from 0x1A to 0x33 using a Hex editor. 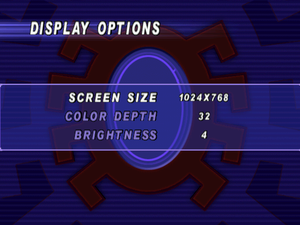 Main menu is capped at 30 FPS while the movie sequences are capped at 15 FPS.[citation needed] 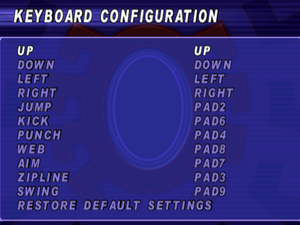 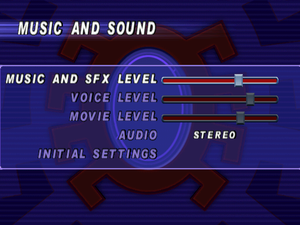 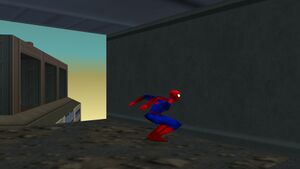 A demonstration of a bug that happens in a cut scene after Spider-Man chases Venom through a building. Spider-Man, after Venom leaps out of the building, follows a bugged path, causing him to turn right and jump into the wall he's facing to climb it for a few seconds.

During the level "Chase Venom", Spider-Man must chase venom to a skyscraper, where-in the game plays an in-game cut scene of the two chasing each other through the skyscraper. There is a bug that causes Spider-Man to follow an improper path while chasing venom out of the building near the end, causing Spider-Man to become to far apart from Venom, causing a game-over.

In order to avoid this bug, you must force FPS to max of 20. It can be reset once the Venom chase is completed.

The game has trouble detecting specific audio drivers properly. For example, using Bluetooth headphones causes the audio become heavily distorted. The audio will mute for certain music and sounds in-game, but will blare the music on the menu, and any dialogue from characters in-game to the point of distortion. The loud audio also gets louder overtime, despite being turned down to the lowest setting in the audio menu.

Playing at over 30 FPS breaks several in-game cutscenes forcing the game into a game over screen loop, making the game incompletable.

Sometimes sounds will loop on modern systems, best example is on the Race to the Bugle level where you can get looping enemy grunts pretty easily. Background ambiance sound looping is normal of this port, and happens even on systems of the time.