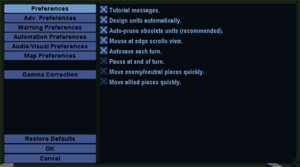 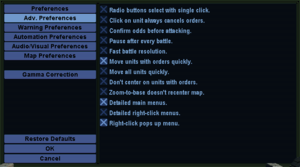 The GOG.com version already has the official patches, but you should strongly consider installing an unofficial patch.

The original .exe is filled with exploits and prone to crashing. The patches below will fix the vast majority of crashes and bugs.

To use any patch, extract the zip file into the installation folder and overwrite the existing files.

The patches' AI improvements won't make the AI too hard for new players, and instead aim for a reasonable level of challenge at "Librarian" difficulty. Tweaks mostly involve teaching the AI how to do not-terribly without cheating.

Patches are primarily developed on the Alpha Centauri 2 forum. 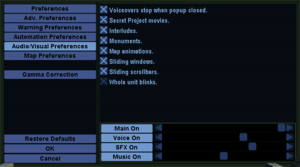 Try PRACX, a modified renderer for Alpha Centauri with a number of other improvements. v1.06 is included in version 3.4 of Yitzi's Unofficial Patch, but lacks an essential file and won't work properly unless you've already installed PRACX. You should probably install PRACX separately from its release thread. PRACX Release Thread. PRACX Source Code

Try the latest copies of Yitzi or kyrub's patches.

Otherwise, might be related to a bug with automated artillery units (though I think Yitzi might have fixed this one sometime). Try turning off automation and see if it helps. More info here.

GOG.com recommends using Catalyst 13.4 or earlier but the game also works with 14.x or earlier.

Applies to GOG.com distribution only

An AI improvement mod for Alpha Centauri: Alien Crossfire.
This mod has been tested to work with the GOG version of Alpha Centauri.
The developer of the mod recommends the use of PRACX and smac-in-smax with this mod.
Increase Challenges in the Single-Player due to AI improvements
Provides many gameplay enhancements.
Includes the Scient patch v2.0.
May not be suitable for New Players due to increase difficulty
Network multiplayer is not supported[5]
Some custom scenario rules in "Edit Scenario Rules" menus are not fully supported.