Nocturne Editor is available for download here.
Blair Witch Volume 1: Rustin Parr is a sequel to Nocturne, set before the events in the final episode Epilogue.

SafeDisc retail DRM does not work on Windows Vista and later (see above for affected versions).
This game is not available digitally.
A free demo version is available from Archive.org and GamePressure. 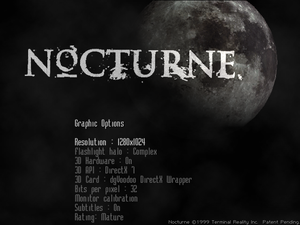 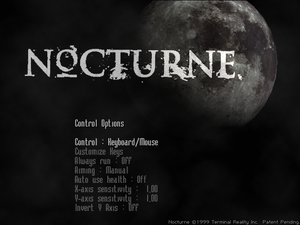 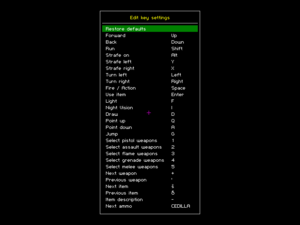 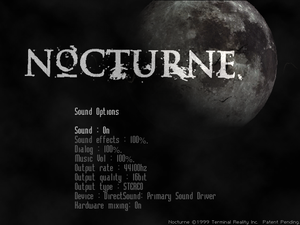 Some transitions between menu screens are very slow and sometimes it can take several seconds for the menus to respond to input.[citation needed]

When launching the game two warning messages are displayed about 0.0MB of system RAM and 0.0MB of free swap disk space. These can be ignored or the game can be run in Windows 98 compatibility mode to avoid these messages from appearing.

After loading a level the game crashes with a DirectX 6 3D driver error: D3DERR_ELIFINO: An unknown D3D error occured.

Intro video not being rendered

When starting the game the intro video plays, but only sound can be heard, the video itself is not rendered. This happens because of the Indeo codec which is not included in the newest versions of Windows.

The physics are linked to 60 FPS, so playing at high fps can cause problems.