Monopoly Plus is a video game adaptation of popular board game featuring board being visualized as a city and inclusion of house rules.

Game was first released for consoles in 2014 as part of Monopoly Family Fun Pack. This version of the game also included My Monopoly with visually customizeable boards and Monopoly Deal card game which aren't available for PC. PC version was released in 2017 with Rabbids DLC included, however additional My Little Pony and Just Dance DLCs were never made available.
Games PC release had mixed reception as many had issues with game being prone to crashing, running poorly and major issues with online multiplayer with no way to resume the game when something went wrong.

Game has received several updates for couple years after its release, which includes drop-in feature for online, making it possible for players to get back in if disconnected or replace AI player.[2] Regardless of this, players continue to report problems with performance, bugs and online stability during 2020.

The game suffers from a very poorly implemented, strong depth of field effect that cannot be disabled. A CheatEngine table is available here to disable it.

As mentioned in the introduction, the PC version had several boards removed as well as two game modes. To restore these, you can use this mod. 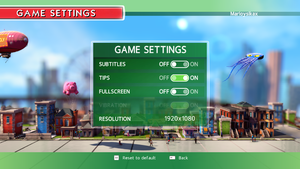 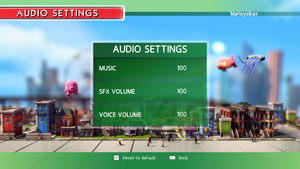 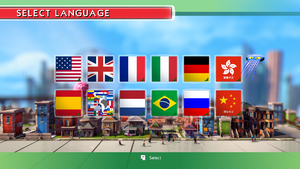