The 1.04e patch fixes skipping and garbled in-flight speech, and fixes the movies in the game locking up, skipping, or crashing to the desktop in both Windows and DOS versions of the game. Longbow Anthology versions of Longbow Gold do not need this patch, as they include a custom version called 1.04f.

The GoldFX patch adds 3DFX Voodoo support to Windows versions of Longbow Gold. This renders the DOS version unplayable but enhances the graphics under Windows and allows the game to be playable on modern Windows with nGlide. This patch does not work with Longbow Anthology versions of Longbow Gold and requires a special version included on the first CD-ROM called GoldFXA.

Applying the GoldFX(A) patch will disable the AH-64A variant of the Longbow, making only the AH-64D usable.

Both of these methods are similar, but have different installation methods. GoldFXA and GoldFX are not interchangeable and are exclusive to their separate versions.

Longbow Gold for DOS in DOSBox[edit]

Running the game in DOSBox will look worse and possibly perform worse but works on all operating systems. 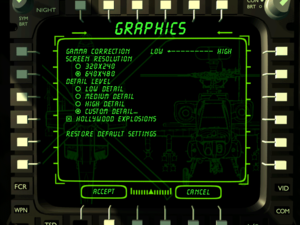 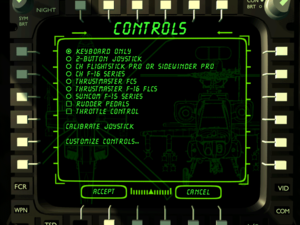 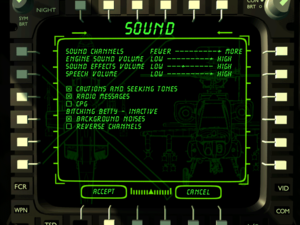