The game requires a Glide and DirectDraw wrapper to be playable on Windows 7.
A joystick is required for proper gameplay in Expert mode.
DirectX compatibility is only available through a patch and does not work on modern versions of Windows.
The game will run on almost any computer out there.
The game is locked to 20 frames per second and cannot be unlocked.

CombatSim.com - A huge hub dedicated to all war games and simulations
SimHQ - Has a sub-forum for the Jane's flight sim series.

This patch will not work for the Spanish version of the game.

The 1.17f patch is the latest official patch for the game. It fixes many of the crashing issues that earlier versions had, increases multiplayer stability, enhances the avionics\flight model, adds Direct3D support, along with many other things. 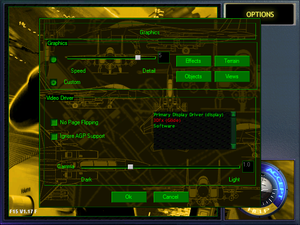 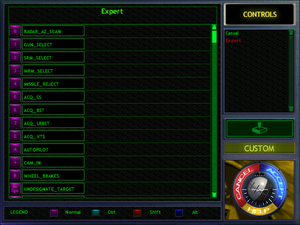 Opening f15keys.ini with a text editor and manually adding FORMATION_LIGHTS, COCKPIT_LIGHTS, DISPLAY_FPS and MEET_SMUT to bindings will give you the ability to toggle the various lights on the craft, toggle the FPS display and enable the flying pigs cheat. These are not normally assignable through the game's menu. 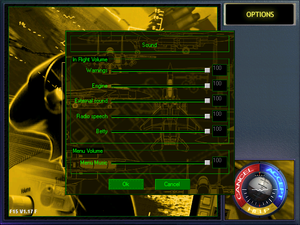