All product keys can be optionally activated on Origin.
The macOS (OS X) version is no longer available for purchase after TransGaming Inc. shut down their GameTree Mac service in 2015.[3]

All DLCs, including Awakening expansion is free as of August 15, 2022.[4]
For the Origin version, free DLC can be claimed by selecting Dragon Age: Origins in the Origin game library, navigating to the Extra Content tab, then pressing the buttons by each DLC pack. Once claimed, the Origin client will automatically download and install DLC with the game.
For other versions, free DLC can be downloaded manually from the EA support site. The .exe files are self-contained installers, while the .dazip files should be installed with the content updater tool at <path-to-game>\bin_ship\DAUpdater.exe.

The latest patch is Dragon Age: Origins 1.05. Applying this patch is highly recommended (GOG.com, Steam and Origin users do not need to install the patch).

Numerous further issues are fixed in Qwinn's Ultimate Dragon Age: Origins Fixpack mod (but be aware that it is incompatible with many other mods). Combine it with Dain's Fixes to fix numerous combat bugs. Both mods are compatible and complement each other well to fix all remaining problems in the game.

The Awakening Expansion is notoriously buggy with several quests being prone to soft-locking, this means they're no longer able to be completed depending on how player's handle the quests. While other quests have annoying bugs such as the Player being unable to retrieve their gear in the Silverite Mines. Unlike Origins, Awakening does not have a complete fixes pack and hence, Individual preventive fixes are recommended before playing. Mod pages may contain minor spoilers. 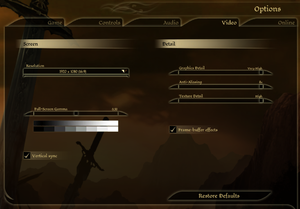 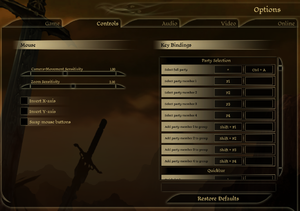 Enable DLC on the Steam version

If the initial install script on Steam fails the DLCs may not be properly enabled.

Error: Switch from current encoding to specified encoding not supported