The gameplay in certain sections of the game is different depending on the installed patch version and on the local version (European vs. North American), e.g. a stealth sequence gets replaced by a chase sequence and several sub-levels are cut out.[2]

Patch 1.1.1.0 is the latest patch available. Included in GOG and Steam version. Mind that different patches and different local versions (European vs. American) have some gameplay differences that some might regard as changes to the worse.[2]

This patch garbles the description of two graphics options in the options menu, but they keep functional, so this doesn't impact the game.

Black bars on top and bottom[edit]

To remove the black bars on top and bottom of the screen, download this patch, unpack it and put the content of the archive into the game folder.

Make sure to use the DirectX 10 version[edit]

The game comes with two .exe, one for DirectX 9 (CoJ.exe) and one for the much better looking DirectX 10 (CoJ_DX10.exe). Make sure to launch the game from the DX10 version to get improved graphics. When using Steam or GOG, make sure that this exe is the one that gets started when clicking Play.

On GOG Galaxy, this is done by clicking on the symbol to the right of the play button, then Manage Installation → Configure. There you select the DX10 as Default Executable.

When launching with the DirectX 10 version, you can go to the graphics menu in-game and change the option at the very bottom to "yes". This will activate all DirectX10 improvements.

CD-key is stored in HKEY_LOCAL_MACHINE\SOFTWARE\Wow6432Node\Techland\CallOfJuarez\SerialNumber 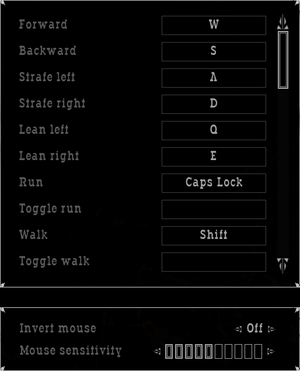 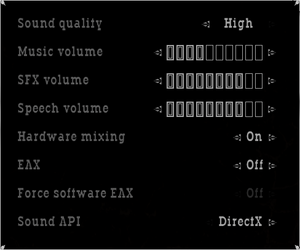 OpenAL mode has reversed front and rear channels. Use DirectSound3D mode instead.[5]
DirectX mode has reversed height channels for enemies even with DSOAL. Sounds above you will sound like they're below you.[6]

In episode 4 (where Billy has to sneak to the mine/train), getting a revolver for your left hand and then reloading it sometimes crashes the game in DirectX10 mode.[7][8][9] This is especially problematic for the section at the end where you have to defend your position and wait for the train.

The same bug can happen during the two bossfights towards the end of the game (seemingly whenever a boss' health bar is on screen). The same solutions apply.

There are some workarounds for this:

The DirectX 10 version may have compatibility issues with Windows 7 and later.

Maximum selectable refresh rate is 100 Hz. This does not limit FPS, but may set your monitor's refresh rate to 100 Hz, which may result in screen tearing on a 120 Hz or 144 Hz monitor.

There is an option in the game menu to make corpses stay longer, but this only increases the time for a few seconds. Corpses still quickly disappear, which makes it hard to find their guns laying around. You can install this mod to make the corpses stay much longer. The mod installation UI is in German, but it works with any game version.

Careful, this mod also allows you to shoot civilians, but you still fail the game when you kill one. However, it is easy to distinguish civilians from enemies.