Call of Duty is a singleplayer and multiplayer first-person action and shooter game in the Call of Duty series.

Mod-friendly
Requires PunkBuster update to play on protected servers which is no longer hosted on EvenBalance's website. Obtainable here.
Multiplayer is capped at 91 frames per second by default.
Retail setup won't install the game if the selected disk drive has more than 2TB of storage.[citation needed]

Takes the Nazi dialogue from the German release of the game and patches it over the other localizations' German dialogue. This fixes both some broken phrases and syncing/cutoffs of the dialogue.
When using a language different than English, rename the files localized_english_pakuo03 to the one corresponding your language. 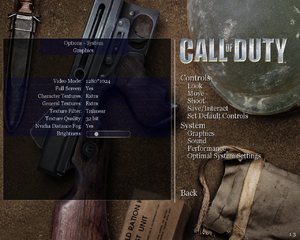 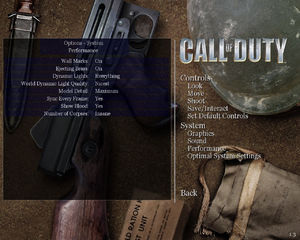 In order for any of the fixes to work, Vsync needs to be turned off from the game's settings if your screen's refresh rate is less than the required FPS, which is the case most of the time. The setting for Vsync is listed as "Sync Every Frame" under the Performance tab in the game Options and needs to be set to "No". 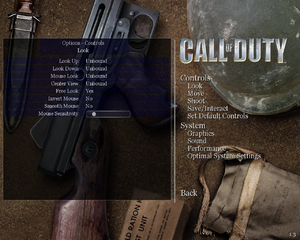 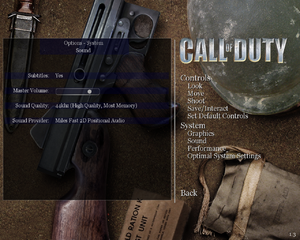 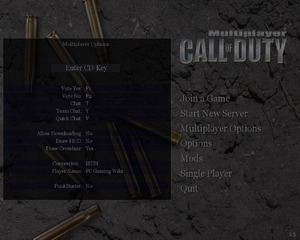 Mouse lag while aiming down sights[edit]