Bloodstained: Ritual of the Night

Bloodstained: Ritual of the Night is a side view metroidvania game developed by ArtPlay, DICO, Disruptive Games, and WayForward Technologies, and published by 505 Games. Inti Creates was formally involved in the development of the game until their departure in 2018. It is the spiritual successor to the action-adventure installments in Castlevania series, and was developed using Unreal Engine 4.

The game was crowdfunded through Kickstarter with its campaign launching on May 11, 2015, which met its initial $500,000 funding goal after the first day of the campaign, and eventually raised $5,545,991 (plus extra donations from PayPal) after the campaign's end with version developed for Windows, Mac OS, and Linux among other consoles and handhelds.[4] The game was originally planned to have a release window by 2017, but it was delayed to 2018 along with the cancelation of the Mac OS and Linux versions due to development difficulties of those operating systems.[5] The title was then further delayed to 2019 along with the cancellation of the PlayStation Vita port due to Sony no longer supporting the system.[6] The game was finally released on June 18, 2019 for PC and was successful. One of the game's stretch goals, the Roguelike Mode which challenged players in procedurally-generated dungeons, was scrapped and replaced with a Randomizer Mode due to compatibility in the game's code.[7] Bloodstained: Curse of the Moon was also developed as part of this game's Kickstarter stretch goals.

The game has been getting regular updates to implement features and content promised from the game's Kickstarter compaign as well as fixing bugs. A roadmap of the game's development can be found here. There is also a modding community creating various mods for the game. A number of issues, such as close-up dialogue and inventory screen character models rendering at 1080p maximum at higher resolutions,[8] dialogue text clipping out of text boxes, other bugfixes and engine updates included in the 1.30 patch.[9]

Certain Kickstarter backers of the $60-tier or higher also receive a digital soundtrack via direct download from their Fangamer backer surveys in FLAC and MP3 formats.[11] 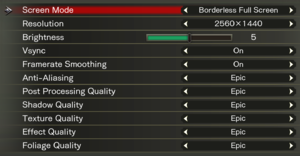 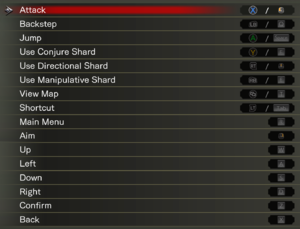