Azure Striker Gunvolt is an anime action platform game developed by Inti Creates. It is the spiritual successor to the Mega Man Zero sub-series in the Mega Man franchise and the company's first independent title.

The game was initially developed for the Nintendo 3DS as a downloadable eShop title, however, its overseas version received a number of cut story elements and removed most of the game's voice-acting. A Steam version, released on August 28, 2015, was initially released to combat this issue with the 3DS version while adding some additional modes, however, at the time of its release the PC port was mostly a direct port of the 3DS version, complete with dual simulated screens and some actions requiring input from the mouse to use the clickable bottom screen. The initial localization issue in the 3DS version was later circumvented with a patch, and the game later received an updated compilation re-release with its sequel on the Nintendo Switch as the Azure Striker Gunvolt: Striker Pack in 2017 and PlayStation 4 in 2020. The PC version would eventually get a similar update from the Nintendo Switch port with Build 2765014 on May 11, 2018.[1] It does, however, retain the lower resolution art assets and the reversed Confirm/Cancel button layout from the initial PC port; see Widescreen resolution and Input settings for more information. Some of the PC version's non-Japanese localizations are still based on the cutdown versions from the 3DS. The game also favors DirectInput-based controllers over XInput ones.

Unfortunately, an issue that has still yet to be addressed in the PC version is its broken Steam DRM implementation, which causes the game to not function at all if Steam is in Offline Mode.[2][3][4] Its Simplified Chinese localization patch also introduced a bug where the game's Speedrun Mode cannot be accessed due to a "Memory Shortage" error, despite how much memory the player's computer has. 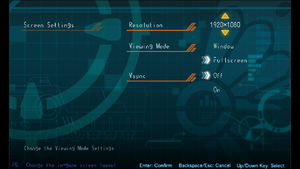 Build 2765014 features support for 16:9 widescreen and the menus all fit in a single screen similarly to the Nintendo Switch port.
Some assets are directly ported from 3DS version while others are remade in much higher resolution. Some pixel artwork assets are upscaled using bilinear filtering. See in-game general screenshot for demonstration, where buttons and text on sides are higher quality than the rest of the assets. Build 2765014 also does not include the higher quality art assets from the Switch version. 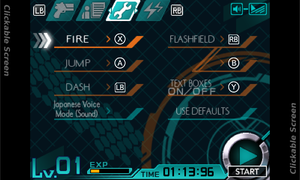 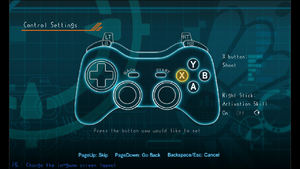 Xbox/Nintendo button prompts are always shown with keyboard prompts for special skills only.
Esc is used to instantly close the game in fullscreen mode, while a confirm prompt appears for windowed mode.
Controller uses Japanese style/Nintendo layout where secondary button (DualShock O, Xbox B) is used as an confirmation while primary button (DualShock X, Xbox A) as cancel.[6] 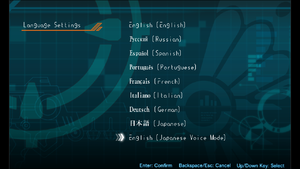 Most localization options besides English (Japanese Voice Mode), Japanese, Korean, and Traditional Chinese are missing nearly all of cutscene dialogue and voice-overs similarly to the 3DS version (pre-v1.3).[9]

Game does not launch in Steam Offline Mode

The game will run in the background but will not actually play or even show the configuration launcher if the game is being played when Steam is set of Offline. This issue has not been officially fixed.

This should have been dealt with update Build 756226[10] and Build 760608.[11] Developer suggests turning off Vsync if the issue remains. Alternatively, force Vsync externally from your GPU's respective control panel instead.

Game process running in background after closing the game

The game would remain running in the background despite closing the game down. This issue should be addressed with Build 2770885.[12]

Christmas Mode was a seasonal mode that features Christmas-themed visuals, background music, and arranged gameplay mechanics. It had two revisions, Christmas Mode and Christmas Mode 2016, with the latter receiving further gameplay changes, however, they have since been disabled through later patches.[13][14] Although these modes no longer activate during the holiday season, they can re-enabled by pressing Ctrl+X at the main menu.[15]