Mighty Gunvolt Burst is a pixel art action platforming game developed by Inti Creates. It is the sequel of the Mighty Gunvolt.

The game was originally released on the Nintendo Switch as an eShop downloadable title, and was subsequently ported to the PlayStation 4 (under the name Gal*Gunvolt Burst) and PC through Steam. The PC version was released with all of the DLCs from the previous releases as character packs similarly to the PlayStation 4 version and is based off the latest revision from the Switch version. The PC version, however, has issues with AMD graphics cards similarly to Mighty Gunvolt as the lighting effects from the previous console versions to be missing like in the 3DS port.[1] Other players had issues with the game's Fullscreen mode rendering the game in 4:3 instead of 16:9, causing sides of the game's screen to be cut off.[2]

No patches were released for the PC version its since release.

Video-related settings are stored in HKEY_CURRENT_USER\Software\Inti\MGVB.

Game settings and general player progress are tied to SystemData.bin. Character save slots are stored in GameData*.bin. 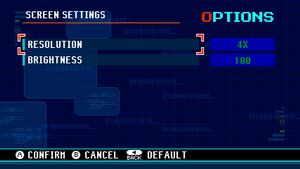 Game always show Xbox 360 prompts, regardless of what input method is being used. 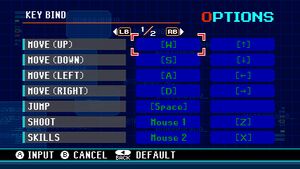 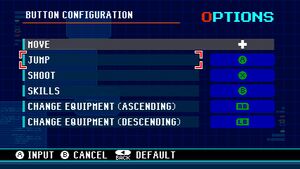 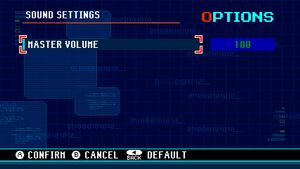 Fullscreen mode does not upscale the game properly[edit]

Some users have reported that the game's Fullscreen mode cuts off parts of the game and does not render the game properly. The only solution is to play the game in Windowed mode.

Lighting effects does not work on AMD graphics cards[edit]

AMD users have reported the game's lighting effects from the console versions do not work at all or missing entirely (similarly to the 3DS version), however Nvidia users however are not affected by this.