On May 2, 2019 the game was updated with 16:9 aspect ratio support by default, increased graphics resolutions, and graphical and UI improvements as well as removed the encryption previously present on assets and save files.[1]

Version 1.51 is the latest version.

The game by default renders to a 1600x900 framebuffer (depending on desktop resolution) and upscales that to a fullscreen desktop view.
It can be reconfigured to different modes via the configuration file. 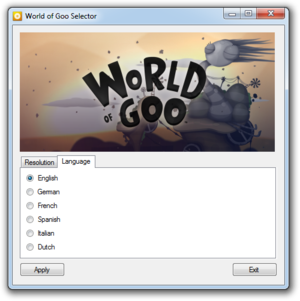