Both StarCraft and its expansion, Brood War, were made free on April 18, 2017 on the Blizzard launcher, along with a new patch that improves compatibility with modern OS, windowed and windowed-fullscreen modes, network, and more.
StarCraft: Remastered is DLC for the above version of the game, which adds enhanced dialogue, audio, and 4K-quality graphics. It is not required for multiplayer.[1]

The classic game that is free as of version 1.18, released on April 18, 2017.[3] Includes both the base game StarCraft and the StarCraft: Brood War expansion.
Download from here.

A physical release which contains both StarCraft and Brood War, along with the official strategy guides for both games.

The most up-to-date standalone installer version for the retail release is 1.17.0.

Install the Stacraft patch only if Brood War is not installed.

The ChaosLauncher allows older versions of StarCraft to be run in a Windowed Mode along with some other features.
This is obsoleted by the free-to-play and Remastered versions. 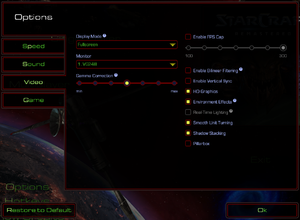 This hack may not be compatible with the latest versions of StarCraft and Brood War, and is also unnecessary as of the latest patch --Sagacity159 (talk) 23:36, 22 January 2018 (UTC).
DO NOT play on Battle.Net while using this hack. You might get banned.
The single-player portion of the game has been reported to have some bugs when running this solution: Sometimes in the campaign the camera gets stuck and won't scroll anymore. The problem is fixable in this updated version of the Resolution Expander by shifting to 640x480 and then back to the resolution you were in. Some users have reported that the crash that occurs as you complete a level in the campaign is still there. This crash can be fixed by moving the StarCraft folder out of C:/ drive. 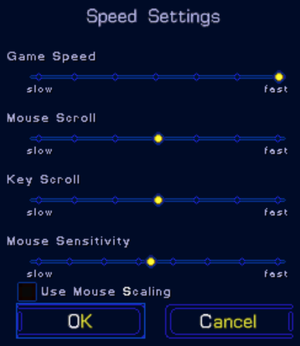 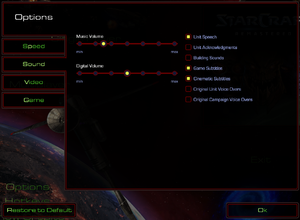 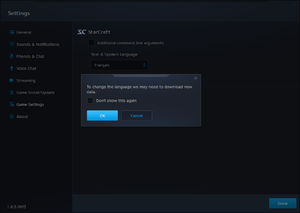 Changing the language through the Blizzard App. The download is approximately 250 MB to 325 MB for each language.

No sounds on Windows 10[edit]