Ninja Gaiden Σ2, or Ninja Gaiden Sigma 2, is a singleplayer hack and slash action-adventure game in the Ninja Gaiden series developed by Team Ninja and Koei Tecmo and published by Koei Tecmo. It is a re-release of the 2009 PlayStation 3 game of the same name, which was itself a remake of the 2008 Xbox 360 game Ninja Gaiden II with additional content.

Ninja Gaiden Σ2 was released on Steam on June 10, 2021 in the Ninja Gaiden: Master Collection, which also includes Ninja Gaiden Σ and Ninja Gaiden 3: Razor's Edge. Although the collection was praised for its gameplay, upgrade to 4K, and performance at that resolution, its launch was marred by critics' and players' perception that the PC port was "bare-bones".[1][2][3][4][5] Commonly criticized were the lack of graphics options, the absence of keyboard and mouse support, and the inability to change the game resolution without using command line arguments.[4][6][7][8][9] On July 12, 2021, the collection was updated with basic graphics options including in-game resolution selection.[10]

The "Team Missions" mode (the online multiplayer version of "Tag Missions") from the PS3 version has been removed in this release, and the "Ninja Cinema" replay feature is not available.[11] The "blood option" from the PlayStation Vita port Ninja Gaiden Σ2+ that increases blood and gore is also absent from this release.[12]

The Deluxe Edition of the collection includes a digital art book and the soundtrack. 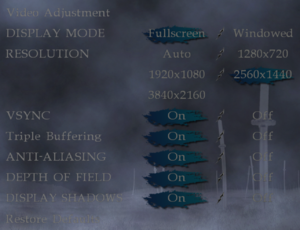 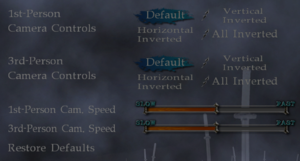 Game not rendering at selected resolution[edit]

The game may render at 720p even if 1080p or 2160p are enabled in the Steam launch options and the game window title displays a resolution like [4k].