It is recommended to save frequently and make occasional backup copies of the save file, especially before chapter 9 due to potential save corruption.
Green and purple filters present in the original release have been removed.[2][3][4][5]
Resolution is locked to 1280x720. Use DPfix to increase rendering resolution along with many other options.
This port was heavily criticized at release due to glitches and crashing. A patch was released to increase stability.
The Director's Cut suffers from an unsaturated color palette. See SweetFX for a workaround.
Lacks brightness option present in the PlayStation 3 version.[6] 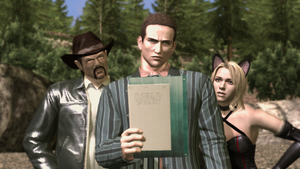 Increases resolution above 1280x720, adds many graphics/window options and more.[7]

While the outdoor scenes are typically better than the Xbox version because it removed the original purple filter, the indoor scenes are extremely bleak.[8] 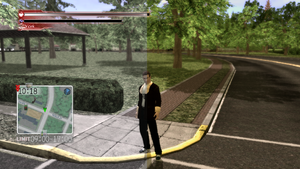 The game without and with SweetFX

Simply dump the files in the "addon" folder: 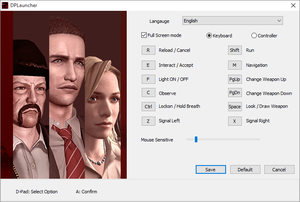 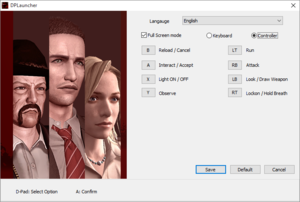 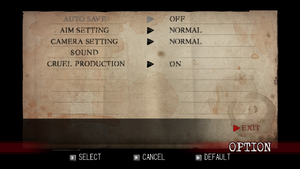 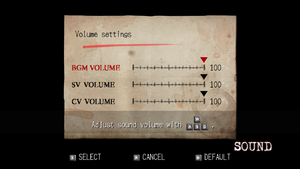 When York is talking to Lilly in the Milk Barn for the third and final storage room sidequest, York begins mumbling during the conversation.[11]

There are no known fixes for this, although this is a very minor glitch and does not prevent the player from doing the sidequest.

For some, cutscenes aren't shown. The player must press Esc or ↵ Enter to get past a black screen in order to get to the next section.

Some users on Windows 7 are unable to boot the game beyond the logos. Windows Event Viewer shows a crash relating to XAudio2_7.dll unloaded.[12]

If the game continues to crash, use CFF Explorer to make dp.exe aware of large addresses, or this 4GB patch.

Crash at the beginning of Chapter 9 corrupts save file[edit]

Freeze in the Side Missions menu[edit]

Side mission information can found here.

Unable to take items from the toolbox[edit]

Bad audio mix and brake sound while in a car with 5.1 audio[edit]