This page is for the original 2009 version. For the 2019 GOTY Enhanced version, see Borderlands: Game of the Year Enhanced.

Online component of retail disc copies is not functional as of September 15, 2014. Retail owners who did not use the granting tool on Steam to convert their retail disc copies into a digital Steam copy before March 27, 2019 must purchase Borderlands: Game of the Year Enhanced to play online.[2]
Steam owners received all four DLCs for free for the original game following the release of Borderlands: Game of the Year Enhanced.[3]

From September 15, 2014 and up until March 27, 2019 owners of retail disc copies could use a granting tool on Steam to convert their retail disc copies into a digital Steam copy, as part of a multiplayer service transition to Steamworks following the shutdown of GameSpy. This tool was disabled shortly before the announcement of Borderlands: Game of the Year Enhanced.[2]

Steam owners received all four DLCs for free following the release of Borderlands: Game of the Year Enhanced.[3]

Borderlands: Game of the Year Edition[edit]

Not to be confused with Borderlands: Game of the Year Enhanced released in 2019.
Complete edition released October 12, 2010 which included the base game as well as the four DLCs.
Also included Duke Nukem Forever First Access Club Code that granted early access to the demo of Duke Nukem Forever.
While the granting tool only unlocked the base game on Steam, the included GOTY product key in the retail copy could be used to unlock the four DLCs. 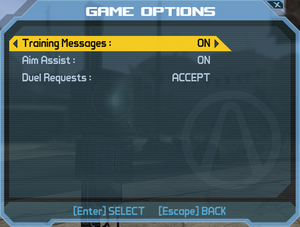 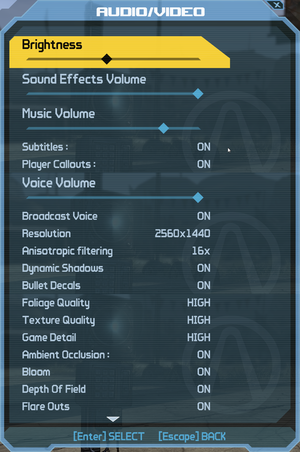 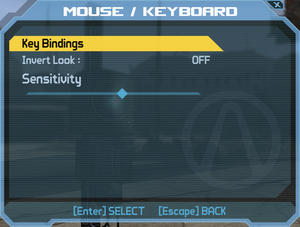 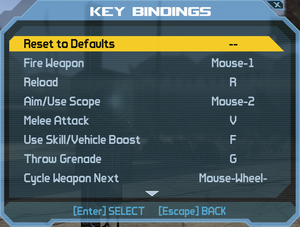 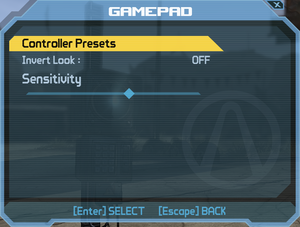 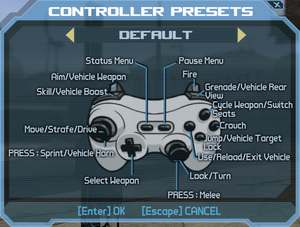 Information such as mission log, friendlist, level, exprerience points, money and weapon proficiency stats can be displayed on the LCD panel or smartphone application.[10]

This section details the necessary procedure and workarounds required to install a retail disc-based copy of the game on modern machines.[15]
Note that online will not be functional unless using a LAN/VPN-based workaround (e.g. Hamachi) to create a virtual LAN over the Internet with those you intend to play with.

Some weapon stats are not visible[edit]

No sound through headphones on laptops[edit]

Some laptop users struggle to output the game sound through headphones when they have laptops with built-in microphones.

Some users, after having installed and successfully played the game on Windows XP, experience a standard "Borderlands has encountered an error and needs to close" message after some time. There are no known solutions for this problem. 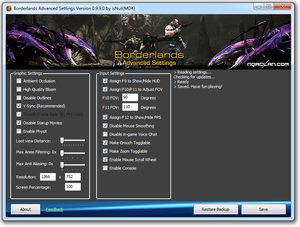 Borderlands Config Tool unlocks a number of settings not available in the in-game menu.

Run the game and change a keybind in the options menu at least once before using this tool. This will create the necessary .ini files and should fix options being disabled in the tool.
This tool unlocks many options including the following: