This page is for the original game. For the 2019 enhanced version, see Blood: Fresh Supply.

Blood is a singleplayer and multiplayer first-person action, FPS and shooter game in the Blood series.

The One Unit Whole Blood Launcher is recommended for the best experience. It includes a large number of optional modifications and custom maps.

Choose either method to use it:

bMouse will cause the vertical aiming to be inverted. To fix this just go to Setup Advanced Control Options from Control Setup, then in Advanced Mouse Setup change the Mouse Y Scale to negative number.

Buildmfx is a patch which improves mouse looking. Unlike bMouse, it modifies the game executable. 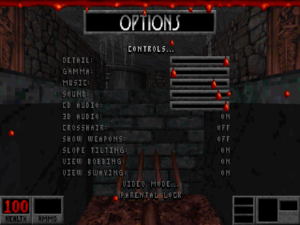 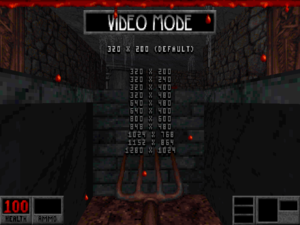 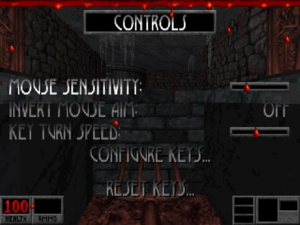 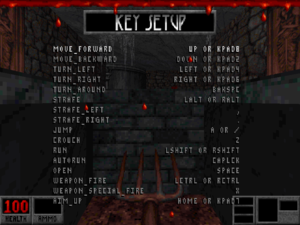 A driver for the VFX1 headset can be found here.

BloodCM is a Blood remake in the form of a mod for EDuke32, a Duke Nukem 3D source port that provides modern features such as widescreen resolutions and dynamic lighting.