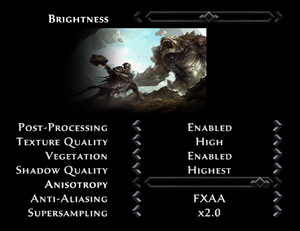 Several reports indicate that performance issues are present, even on hardware that is within the listed system requirements.[8][16][17][18][19][20]
Lowering the in-game graphics options may not result in significant performance improvement.