Runs well on both low-end and modern systems.
Steam version has an infinite install loop glitch but can be fixed.

An fan-made mod that's dedicated to improve the Tron 2.0 experience, taken some inspiration from the Xbox version. 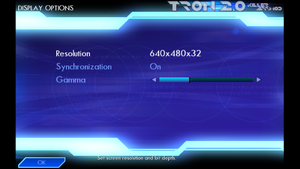 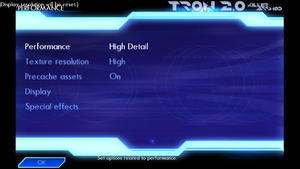 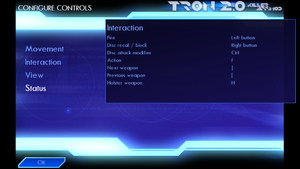 One of the Configure Controls option screens, where remapping can be done 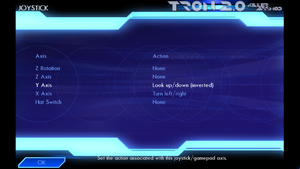 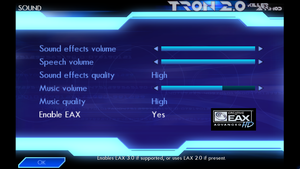 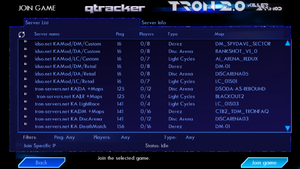 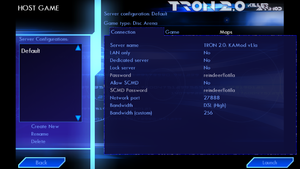 OS X version by MacPlay will not run on OS X 10.5 or later[edit]

The MacPlay release does not work on OS X 10.5 or later.[citation needed]
The Windows version can be run in Wineskin by following this tutorial (wrappers other than Wineskin will also work).
Normal Light Cycles do not display properly on Radeon Rx 5000 series graphics cards causing parts of the Light Cycle to be invisible. This issue is purely cosmetic however and does not effect gameplay. The issue is absent from the Super Light Cycle 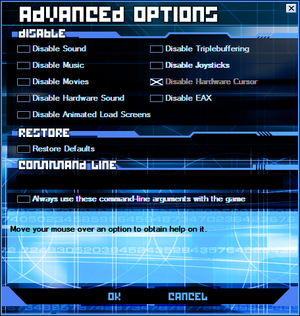 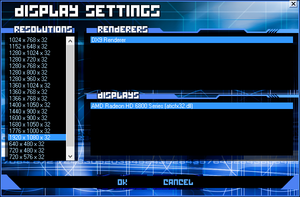 Steam takes screenshot when you jump[edit]

A fan-made single player expansion mod that serve as a what-if continuation of Tron 2.0. Come in two-part.

Can be combined with the Killer App Mod for extra features (must be installed before installing the User Error mod.)
Add a new single player story with new environments and worlds.

Can worked along with the Killer App Mod.

OS X version by MacPlay will not install or run on OS X 10.5 or later.