This page is for the first-person shooter reboot. For the original 1993 game, see Syndicate.

Game lacks PC-specific features like text chat, push-to-talk microphone and FOV customization. However, the FOV can be hacked.

There is also an Environment.cfg file located in the <path-to-game> .Do not modify this version of the file, and especially do not delete it. It seems to be used for default settings, and the game will crash if it is not present. 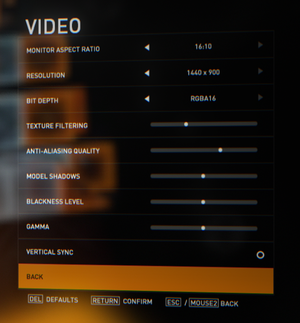 Multi-monitor resolution must be set manually in config file.

Using a modified FOV for online play is not recommended.
Modified FOV doesn't scale well with Iron-sights.
Using this hack may result in game's not being able to save its settings and campaign progress on Windows 10. 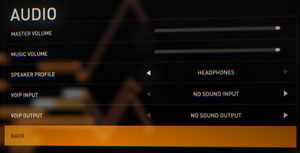 Sometimes a game crashes when joining a COOP game. Possible solutions include disabling Third-party overlay software like FRAPS or Steam. Other solution is disabling voice input and output in audio settings of a game. Both solutions seem to reduce an amount of game crashes, but none fixes it fully.

Some players experience a bug where they fall through the ground on the mission Downzone, particularly after the scripted event where they leave the vehicle.

No sound or weak sound[edit]

Crash to Desktop upon Launch / Startup[edit]

This game doesn't run its process from EXE file but from BIN file that is located here: \System\Win32_x86_Release\Syndicate.bin. You need to add this path or file name to your gaming software in order to software properly recognize game running.