Great PC port, featuring DX11 support, a high-res texture pack, and others.[1]
German version is heavily censored, outdated, and has no DLCs.[2]

All versions require Steam DRM; digital versions do not contain serial keys, instead registering directly onto the Steam ID.[3]
Steam version is no longer directly available for purchase, although existing owners can still purchase the DLCs.
Demo 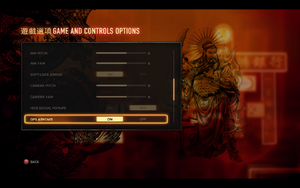 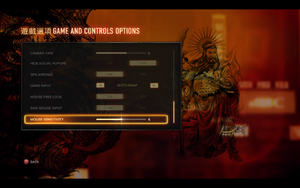 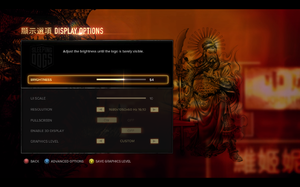 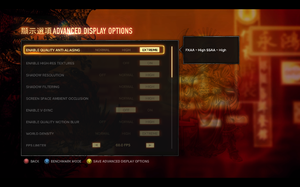 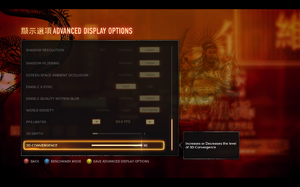 All graphics changing requires a restart, otherwise visual elements will be missing from the game.[9] 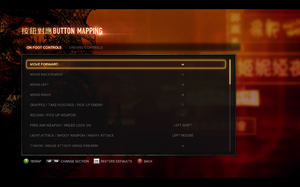 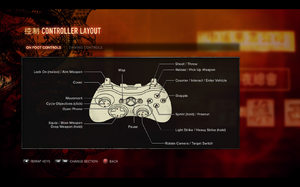 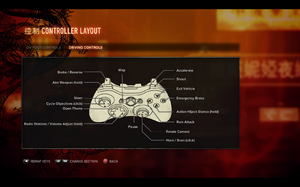 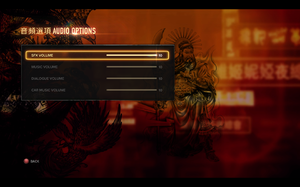 During the first/Prologue mission you're supposed to follow Naz to escape the police. While escaping the fish market after climbing over the crates Naz gets stuck in that area and the animation sequence where Wei does a jump takedown to a policeman fails to trigger. However, if the player choose to run straight Naz will spawn someway ahead before the cutscene sequence. This issue still happens in the up-to-date original version. Doesn't seem to happen in the initial release version without dlcs. Note: Definitive Edition is unaffected.

The game may lag or stutter on high-end systems, particularly during day time.[13]

DLC can be selectively disabled from the game's properties in the Steam client.[15]
Game features DLC that give unbalanced bonuses for player. Some people may not realize this when buying DLC packs.

Can be remapped to number pad arrow keys, but not standard arrow keys.[16]

The game is optimized for AMD cards, and thus Nvidia cards can post low FPS for the auto detected settings.[citation needed]