Must require The Stetchkov Syndicate expansion for these mods to work.

Allow both the original and the The Stetchkov Syndicate campaign to be played as one.
Can played online. (Must use SWAT 4 Stats Master server patch or Swat 4 Server Browser Alternative.)

Make sure game is running with admin rights[citation needed] 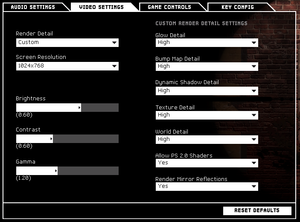 Can cause text chat to have hidden/invisible text.

The following prevents resolution being reset. No need to make your configuration file read-only.

Only affects weapon viewmodel.
Editing SWATPawn.ini may not allow people to join your server.