From PCGamingWiki, the wiki about fixing PC games
(Redirected from Need for Speed: Shift 2 Unleashed)
This page may require cleanup to meet basic quality standards. You can help by modifying the article. The discussion page may contain useful suggestions.

Shift 2 Unleashed is a singleplayer and multiplayer first-person and third-person racing game in the Need for Speed: Shift series. 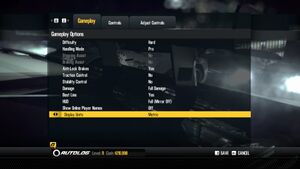 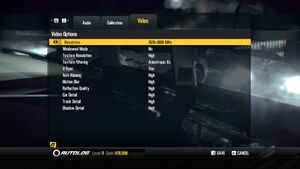 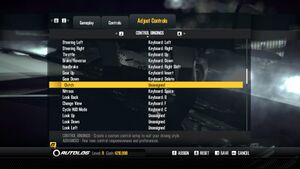 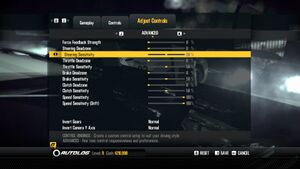 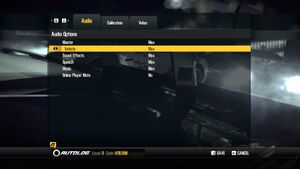 Players have reported an issue with Nvidia's Maxwell video cards where a single black frame is rendered at random moments when using cockpit view.[2][3]

A poster on NoGripRacing details numerous fixes for a number of problems here.

Should it be deleted, the text of the post is as follows:

Input lag where the car doesn't respond for a significant amount of time while steering can be resolved by changing the DampeningEnabled="1" string to "0" in vehicleset_pc_custom_pad.xml and reselecting the "Custom" controller scheme in game.[4]

Install NVIDIA PhysX even though you have a radeon GPU.