PC version features improved graphics and extra content not present in the original Xbox release.
Frame rate is capped at 30 FPS, though it can be fixed (see High frame rate). 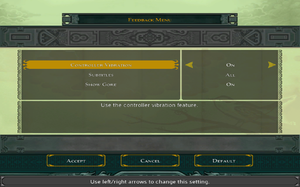 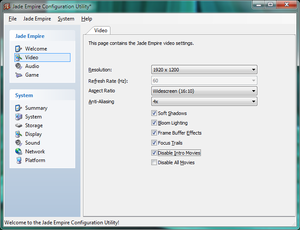 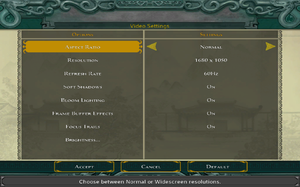 An external Configuration Utility can be accessed with <path-to-game>\JadeEmpireConfig.exe.

Using this fix will speed up the cloth physics, as well as the grass and cloud animations. 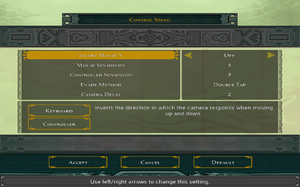 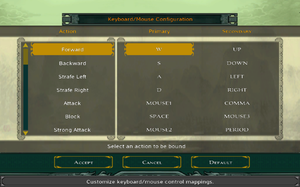 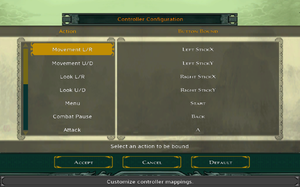 Using right stick on 360 wireless controller for looking can be fixed. 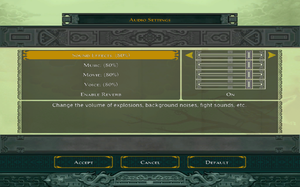 Crashes within seconds of using DSOAL.[2]

If the issue persists or the config tool freezes at one point while gathering system information on the first launch, try the following:

When the computer has been up for a while (at least a week) or the Fast Boot option is enabled in Windows 8 or newer, the game will continually stutter regardless of the framerate, hardware capability, or operating system. The game sets its pacing by using the Windows API QueryPerformanceCounter that returns a monotonically increasing total count of CPU cycles since boot. When it gets past 240, the game becomes unplayable. At that point, the only option is to reboot the computer.

Crash when installed in a storage space