Homefront: The Revolution is a singleplayer first-person action and shooter game in the Homefront series.

The game contains a full remaster of TimeSplitters 2 as an Easter Egg.[3] See TS2 Redux for how to access it independently of in-game progress.

All versions require Steam DRM.
Denuvo Anti-Tamper DRM was removed from the game on March 6, 2017.[4] 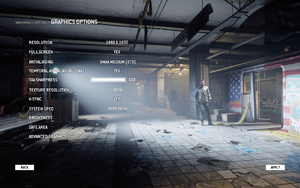 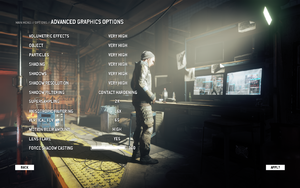 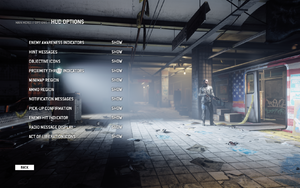 As of patch 1.10, the HUD can be extensively customized as well as completely hidden by adjusting options in the HUD options menu. 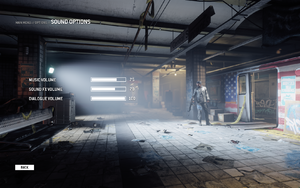 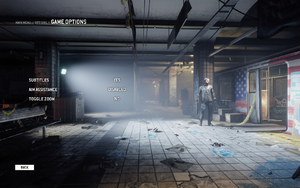 No icons in Main Menu[edit]

Some users have reported the game failing to render any menu icons. Running a certain AMD APUs may be the cause. No solution is known currently.

Sometimes the game removes enemies and other NPCs if they are still relatively close to the player but not in plain sight anymore. This can cause the randomly spawned side objectives (like saving a civilian) to just disappear after running around a building.[citation needed]