SafeDisc retail DRM no longer functions properly on Windows Vista and later (see above for affected versions).
The European release of the Hitman Collection is DRM-free, already patched to the latest version and has cheats enabled by default.

The draw distance on some levels is extremely short, making it difficult to see enemies. 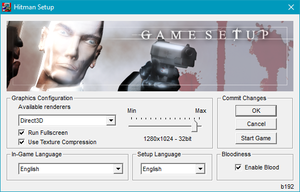 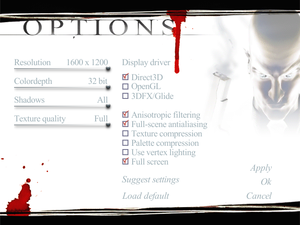 HUD does not scale and may be too small to read at ultra-high resolutions. 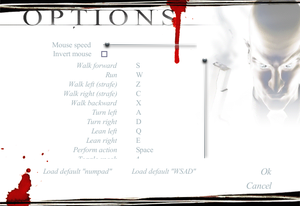 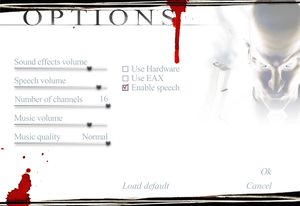 If running windowed mode, the game will place the window across screens (in some cases, half off-screen).

a "Rebirth" mod is available here.

A hardware compatibility table for the game can be found at <path-to-game>.