The GOG.com and Steam versions have separate servers for online features (the Pawn system and Ur Dragon).[1] 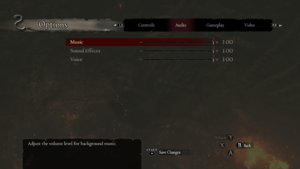 The Dark Arisen expansion removed the awesome original theme song and replaced it with a new one. You can bring back the original song by simply downloading this mod with the Nexus mod manage or following the steps on the reddit thread below:

https://www.nexusmods.com/dragonsdogma/mods/169 (This restores the original song which then seques into the one normally played in Dark Arisen. This is the behavior the original console release had).

Some high-end integrated graphics chips and modern gaming laptops with a discrete GPU may work but have not been tested, nor are they officially supported by Capcom.