Crimzon Clover: World Ignition is a singleplayer and multiplayer arcade shooter game developed by Yotsubane and Adventure Planning Service and published by Degica. It is an updated version of the original Crimzon Clover.

The game was originally released in arcades in Japan on the NESiCAxLive system in 2013 and was later re-released on PC in 2014 through Steam and later GOG.com. This version features higher resolution graphics, new game modes, balance tweaks, co-op multiplayer, improved controller support, and supports multiple localizations over the original doujin release. This game also received a number of patches to address issues introduced in this port. Additional downloadable content such as an arranged in-game soundtrack, printable posters and flyers, and superplay strategy guides also became available.

On December 21, 2021, the game was delisted from Steam due to the availability of Crimzon Clover World EXplosion.[1]

All DLCs are currently available only for Steam. 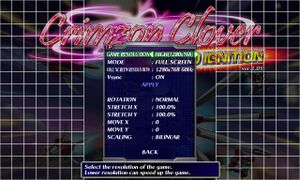 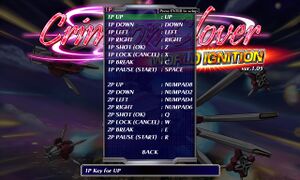 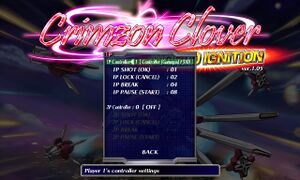 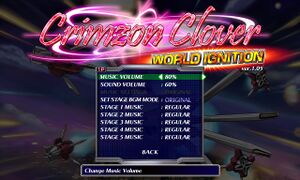 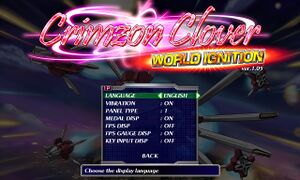