Lacks the classic soundtrack by The Offspring and Bad Religion from the arcade and Dreamcast versions.
Limited to only 720p.
Suffers from poor performance. Use DXVK to fix the performance issues.
Configuration launcher does not save settings properly. See here for a solution.

A Vulkan-based translation layer for Direct3D 9/10/11 intended for allowing 3D applications to run on Linux.
Works on all operating systems as long as your GPU supports Vulkan.
Fixes all performance problems with Crazy Taxi, maintaining a consistent frame-rate throughout.[2]

The 2011 version's configuration tool has problems with saving settings. See here for details. 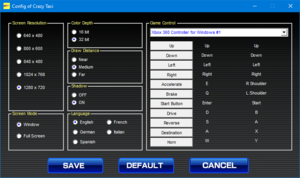 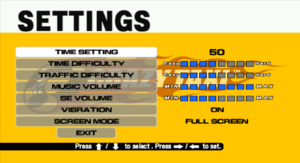 Configuration tool does not save settings[edit]