The PC version is based on the PlayStation version of the game, rather than the Nintendo 64 and Dreamcast versions. 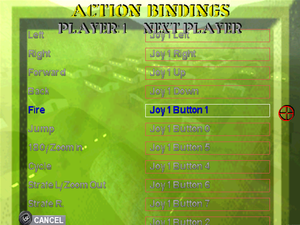 Draw distance makes the game hard to play. On older computers it seems to be better, but on modern systems it's hard to see anything. Compatibility settings do nothing to fix the issue.

On newer systems, the FMVs cannot be seen. The audio from them can be heard, but there's no video.