The Binding of Isaac

This game is programmed in Flash and does not work on low spec GPUs such as those found on netbooks.
Frame rate is capped at 30 FPS.[1]

Physical Copies of The Binding of Isaac: Most Unholy Edition includes a slightly more updated version of Wrath of the Lamb that includes a few small changes that are generally considered unfavorable. 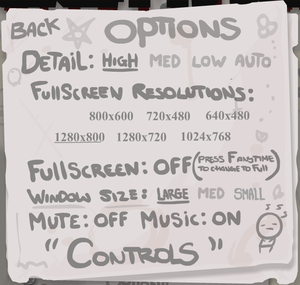 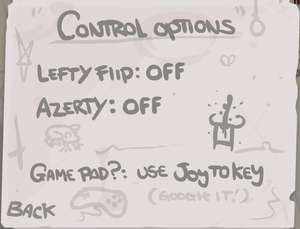 On the options menu, it states F is the key you use to toggle fullscreen/windowed mode. However, this only works on the title menu or in the pause menu. In-game, pressing F does absolutely nothing unless the game is paused. Currently, there is no fix for this.

On certain systems Steam achievements may fail to unlock and get registered.

A fan made fix has been developed to solve this issue on Windows.[2]

For the achievements gained on OS X to be unlocked in Steam, one has to copy and replace the so.sol files as outlined here. The file is located in:

After extracting it, follow the instructions given in the aforementioned link. Finally launch the game and see the achievements unlock.

Steam Community does not work in full screen[edit]

Scaling on Retina displays appears to cause a slowdown between loading screens and during complex scenes.