A free demo can be downloaded here or here.

The latest patch for the retail version is the retail 1.3 Patch. Digital distribution versions already include this patch.

A hotfix for contemporary Nvidia cards experiencing a crash in trade stations was also released.

The game does a rather poor job explaining its controls. You can actually strafe sideways and fly backwards - use these to your advantage, they make combat much more fun. Some keybindings do not appear in the options menu - look those up in the manual (in the game directory, e.g. Steam\steamapps\common\Darkstar One for the Steam version). For example, you can play in 3rd person perspective by pressing F4 and change the FOV of your cockpit by pressing F3. 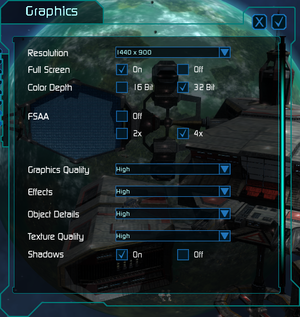 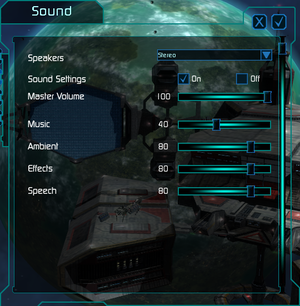 Some resolutions crash the game[edit]

Darkstar One may crash when using certain resolutions due to bundling an outdated version of iphlpapi.dll.

This is caused by DarkStar One shipping with an outdated version of this file.

If your controller's throttle is detected the wrong way around (e.g. putting it at the full speed position makes the ship stop instead) invert the "Throttle" axis by clicking the red rectangle beside it.