Supports Hardware PhysX and allows for additional PhysX effects on Nvidia cards.
Badly optimized and has numerous problems with performance, even on systems with specs way above recommended ones.[1]

Some retail versions can be played without needing the CD, once the initial DRM initialization is completed.[citation needed]
North American retail version has no DRM.
This game is not available digitally anymore.

Patch 1.1 can be downloaded here. Among other things, it enables PhysX and disables DRM. 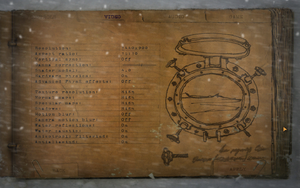 A common problem that is encountered after saving in certain places and then reloading from that save point is the player will suddenly start clipping through walls and be unable to progress normally.

"The program cannot start because PhysXLoader.dll is missing from your computer" error at launch[edit]

It provides no error message if launched from Steam. This error only appears on direct launch.

This is what I had to end up doing on my system :

On startup, the game is a black screen but has audio. 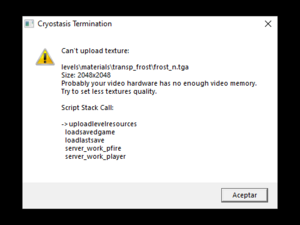 Randomly during loading a savegame, or simply trying to doing somethiing, it crash without warning but sometimes with this kind of warning. [8]

***PATHFILE*** is something like levels\materials\transp_frost\frost_n.tga, characters\creatures\jailer02\jailer02_n.tga, weapon\mosinnagan9130\mosin_optic_n.tga and many others, in a random way, as sometimes when reaching a point it happens, but the next time doesn't. The Script Stack Call section sometimes appear, sometimes doesn't. 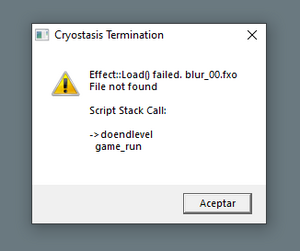 Termination Window Error "Effect::Load() failed" (When ending a level to load the new one) 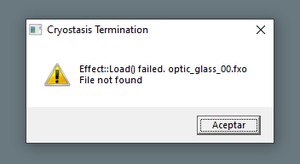 Random crashes (sometimes happen, sometimes doesn't) with the next template: