A demo is available here.

Texture Patch fixes issues with some textures (already present in the GOG.com version).

If you are using widescreen patch with DirectX 11 renderer, your hands/weapons are cut off at the bottom and you need to disable Coronas in the renderer settings or they will be misaligned. 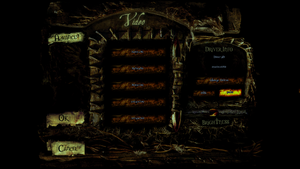 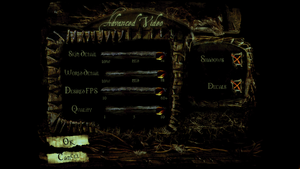 The default FOV is 90° when outputting a 4:3 image.
Handled Automatically by Widescreen Patch 1.2.

The unofficial DirectX11 Renderer can greatly improve graphics. For compatibility with widescreen resolutions, you have to disable coronas in system.ini.[5] 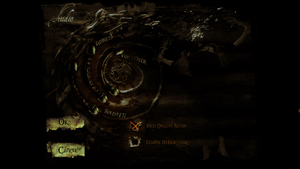 When using the Scrye spell or after some cutscenes, the screen gets outlined in white under certain conditions. This can be ended by going to the pause menu.[9] One way to prevent this is using the Widescreen Patch with dgVoodoo, e.g. like this.

An in depth comparison of the Glide and Direct3D renderers can be found on the GOG forums. Of note is that Direct3D takes advantage of 32-bit assets, but Glide has more accurate and variable lighting and shadows.