A controller or mouse is recommended. However, in modern systems the game plays better with a keyboard or mouse.

This version only supports CGA graphics and PC Speaker sound. This version seems to be quite rare.

The PC Speaker sound of the original 1987 European release is highly dependent on the speed of the PC. It was meant to run on the original IBM XT and faster machines will play sound too fast.

The 1988 American release of the game has support for three-channel audio, which requires the audio hardware built into the Tandy 1000 computer. Other systems are limited to single-channel audio played through the PC speaker.

The game has no save game function, but does keep a high-score table.

This game does not save any settings, you will need to select them each time you start the game. 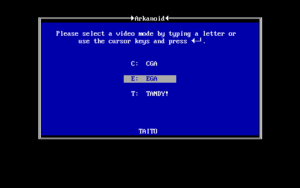 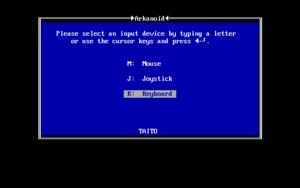 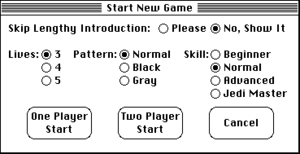