Patches for the OS X and Linux versions are available here. 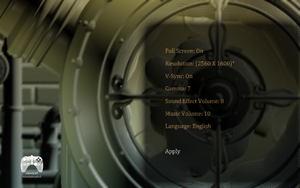 Due to a flaw in SDL video modes, Vessel for OS X requires that the settings be changed outside of Vessel. Edit ~/Library/Application Support/Vessel/VesselConfig.ini for this. 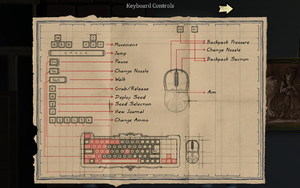 The keyboard/mouse layout for the game.

The gamepad layout for the game.

If you've got a compiler handy, you can use this C file to determine your controller's config values. Note: Requires SDL headers/libs!

The bindings that follow are named after the buttons found on the Xbox 360 controller. Simply bind the values described above to the equivalent 360 controller value.

The full list of known configurations for various controllers (contributed by the community) can be found in the Files section.

This bug only appears in the OS X and Linux versions of the game. The vessels are being filled, but the fluid isn't being displayed.

The game works without problems in multi-monitor setups, however overviews, for example which reactors have been fixed in factory, will appear severely taller than the screen height.