A demo is available for Windows and Mac (macOS 10.14 and earlier).

A major modding and patching framework for Oni, it allows users to download, install and create mods for Oni. It also fixes many bugs left untouched by the original developers and adds modern Windows and Intel Mac support (macOS 10.14 and earlier). It can be found at https://wiki.oni2.net/Anniversary_Edition.

A rebuild of the game application which provides modern Windows support (Mac version coming later). As of v1.0, it provides only vanilla game behavior with no bug fixes except those needed to run the game on modern machines. Being a simple EXE, it is far faster to install than the Anniversary Edition but will not provide patches, mods or auto-updates like the AE does. It can be found at https://wiki.oni2.net/OniX. 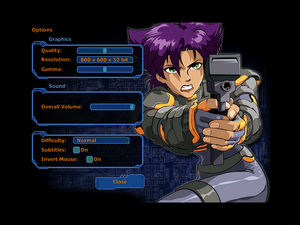 Crashes or refuses to run on modern versions of Windows[edit]

With displays that run higher than 60 Hz, mouse/keyboard control will be choppy and unreliable.